Home / Magazine / Tradition and family. An interview with Amalio Vallés, the founder of Paiarrop.

Tradition and family. An interview with Amalio Vallés, the founder of Paiarrop. 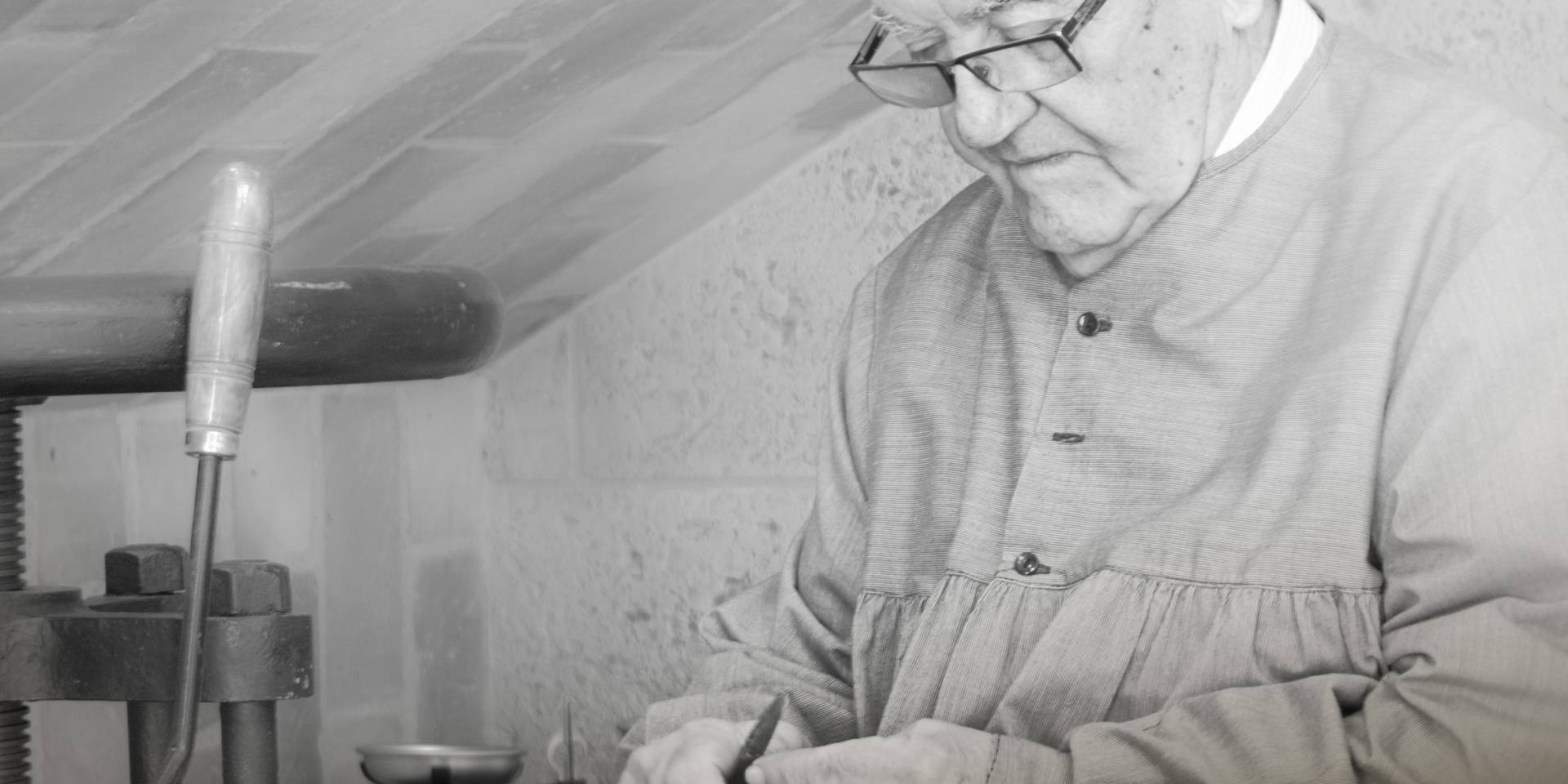 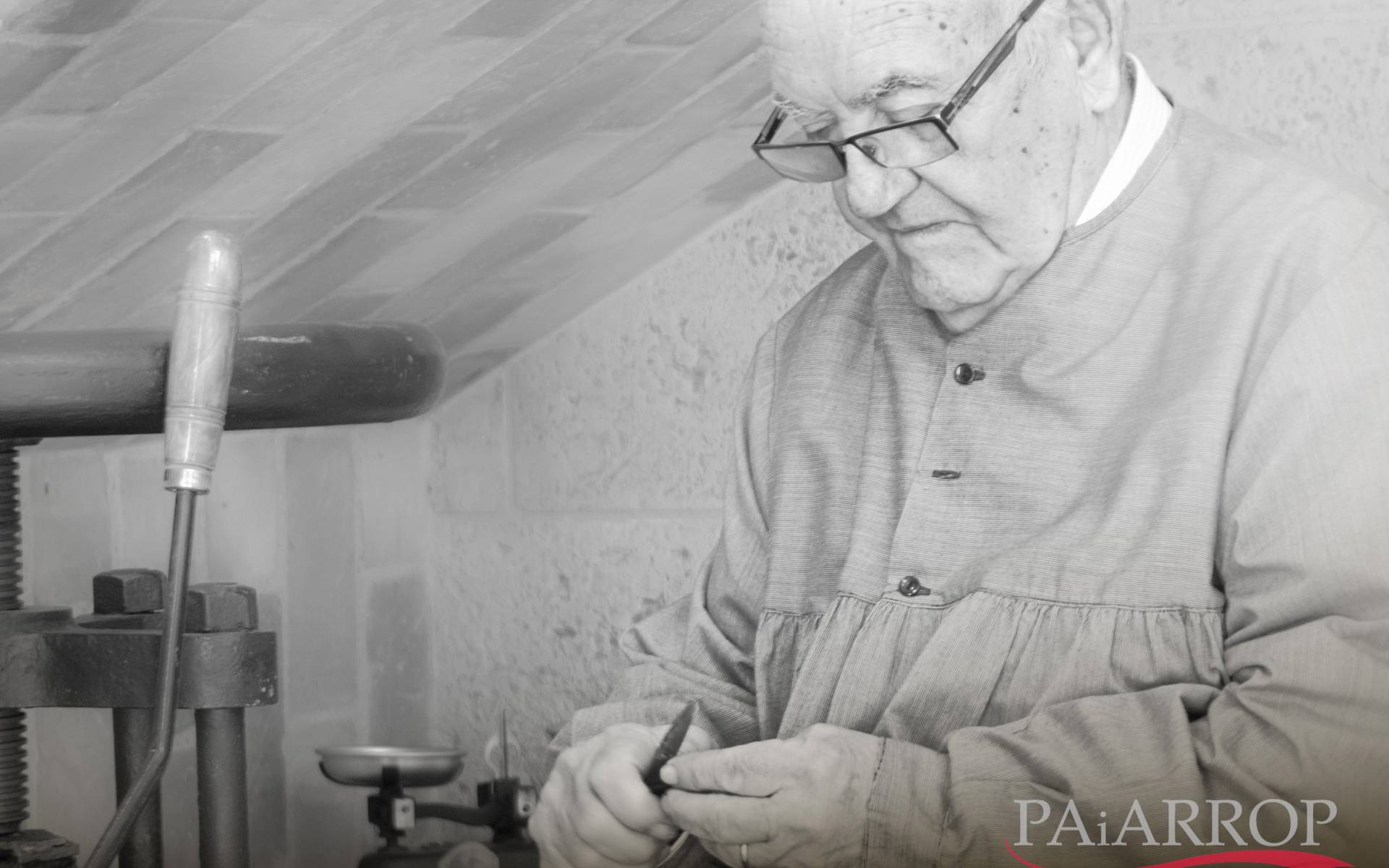 Amalio Vallés, the founder and creator of the foundations of Paiarrop, recalls how the company started out, so many years ago that he can´t even remember the exact date. A love of both his home and his wife, the key pillar in his life, are the essence of who we are today: tradition and family.

Our history dates back to the time when life revolved around the countryside. The time when the land was worked with animals and the sun marked the hours of the day. Amalio's father was a farm labourer, as he himself would say. He was entrusted with working his orchards in l’Alcudia, his village, to provide for his family and to sell the products. He was known by the nickname ‘Paiarrop’, as everyone was familiar with his love of arrop i talleretes. Amalio himself made sure he never lacked a slice of bread spread with this delicious delicacy.

Amalio talks about this product with great affection; his ancestors spent their entire lives selling it: “we owe it everything we have”. He´s surprised that this sweet food isn´t as popular nowadays: “it used to be homemade, and almost everyone ate it”, he says. He remembers how different the routine was in those days and how homes were self-sufficient. People hardly touched their wallets. Vegetables came from the garden, meat from the animals they kept, and industrial supermarket confectionery didn´t even exist, people savoured the goodies made by their mothers: fig bread, jam, syrup...

“My wife has been the key pillar in Paiarrop´s success” - Amalio Vallés, the founder of Paiarrop.

Moreover, traditional products are the most natural; “arrop is really healthy”, he tells us. He is also a great advocate of figs, he loves them. He´s been eating them ever since he was in a cot, and that could be the key to the fact he´s aged so well.

Although he admits that he wouldn´t want to go back in time: “people live in luxury now, you don´t need to go and catch a train, you can go to Valencia and back by car”. When his products first began to be marketed, "before the age of companies and cooperatives”, they were sold on the side of the road. What we know as street trading. Amalio laughs when recalling one of his trips to Madrid. “Of course, you didn't have to ask anyone for permission back then”, and they decided to set up their stall on a road that turned out to be very close to where the Head of the Government at the time, Suárez, used to spend the summer. Several policemen arrived and asked him to move his goods somewhere else. Indeed, he continues to show surprise when telling this story: “of course, but where am I supposed to go?” The officers finally suggested another place because even they were familiar with his products.

Times have changed beyond recognition and he´s extremely happy with what he´s achieved. “I never thought we would to get to this point; I realised that products from the countryside were of no value in town, but they were if you took them to the cities beyond the region”. Amalio's visionary skills have made Paiarrop a well-known name throughout the world. Furthermore, he is no doubt, the success of his products lies in the fact that “they are totally natural, they are not subject to any industrial process whatsoever. You spread it on bread and there you have your honey”.

A love of our origins and family is the essence of who we are. Amalio acknowledges the fact that his wife is the key pillar in Paiarrop´s success. “We have never had to worry about anything thanks to her," he says excitedly. They met at the festivities held in l’Alcudia and they´ve been separable ever since. The marriage produced six children, several of whom have taken the reins of the family business. Despite the fact COVID-19 has prevented them from seeing each other as much as they used to, Amalio confessed to us that Sunday is still a special day: "they all come to eat and then go home”.

Paiarrop brings together Amalio´s values and concerns, his desire to make the flavour of l’Alcudia popular all over the world without forgetting what is important, home. As the saying goes: “You have to go back to your roots to find out who you really are”, and that´s exactly how we began to grow.